Reply to the EFSA statement on maize 1507 dated 20 October

In April 2010, Testbiotech published an opinion on the application for the cultivation of genetically engineered maize 1507 (Testbiotech 2010). Maize1507 produces the insecticidal Bt toxin Cry1F and a protein that makes the plants resistant to a broad range of herbicides with glufosinate as their active ingredient. In the report sent to the Commission in May 2010, Testbiotech revealed that there were some serious mistakes, omissions and systematic mistakes in the EFSA's opinions on maize (DAS) 1507.The most relevant points stressed by Testbiotech were:

Other important points that Testbiotech called attention to were molecular data, the compositional analysis and the results of animal feeding trials.

In June 2010, DG Health asked EFSA to review the scientific data delivered by Testbiotech. EFSA adopted a document on the Testbiotech paper at its meeting on 20 October. This document is on the EFSA website (http://www.efsa.europa.eu/en/events/event/gmo101020.htm).

Surprisingly, the EFSA document fails to consider the most relevant questions raised by Testbiotech. It seems that the GMO panel only deals with issues on a pick and choose basis, dropping some of the most relevant issues for unknown reasons. For example:

EFSA does agree with Testbiotech on the issue of missing data concerning the impact of Cry1F on soil organisms. However, based on some vague assumptions, EFSA concludes that these data are not needed.

Testbiotech believes that risk assessment for non-target organisms must be based on a sufficiently broad range of reliable data. In the case of maize 1507, data on the most relevant issues are simply missing.
The table below gives an extensive comparison of the recent EFSA statement and Testbiotech findings.

In conclusion, the recent EFSA statement on the Testbiotech report and the opinions prepared by EFSA on maize (DAS) 1507 risk assessment are not acceptable. Testbiotech urges the European Commission to reject EFSA's conclusions as expressed in these documents. Furthermore, the Commission should request EFSA to prepare a new opinion on maize (DAS) 1507 based on data and empirical findings instead of assumptions and deliberations.

EFSA (2010) Request from the European Commission to review scientific studies related to the Testbiotech report on the cultivation of maize 1507. Adopted part of the minutes of the 61st plenary meeting of the Scientific Panel on Genetically Modified Organisms held on 20-21 October 2010 to be published at http://www.efsa.europa.eu/en/events/event/gmo101020.htm. 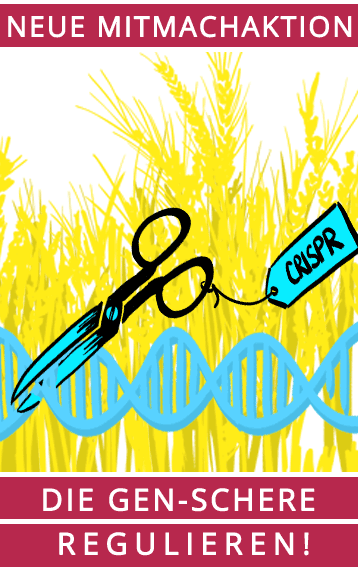